dBm069-ACS is 100% conforms with TR-069. Therefore it gives the possibility to validate the TR-069 functioning of a CPE without the need of accessing a commercial ACS. 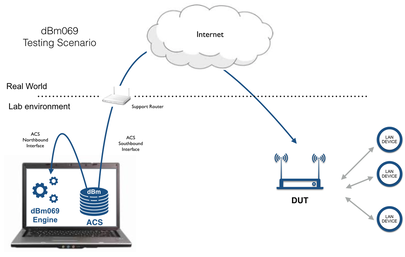 dBm069-ACS, being an ACS particularly designed with the purpose of testing, shows some advantages vs using a commercial one, as for example:
However, if you want to run VALIDATION tests against your deployed ACS we can offer you: